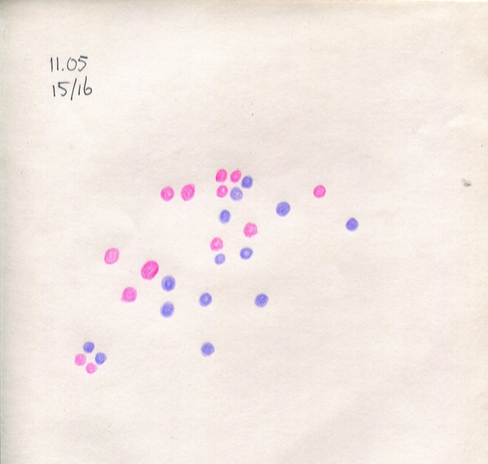 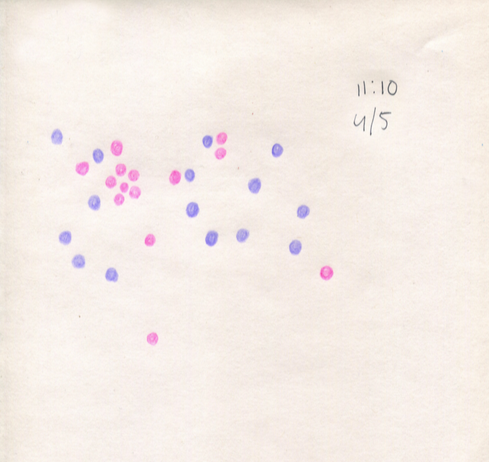 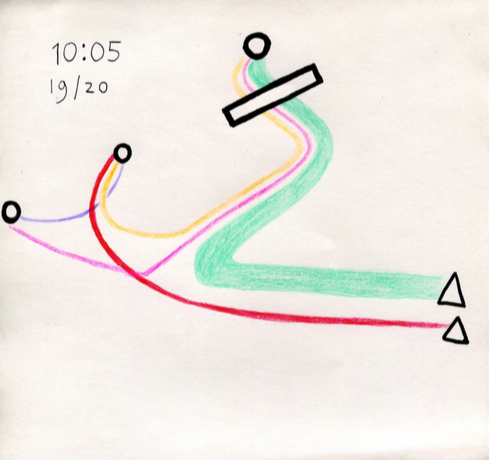 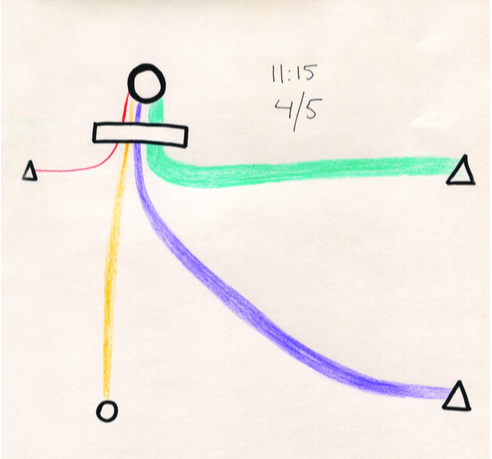 I then placed all these drawn maps on top of each other. You can see that the outline of the country is still pretty clear. ( especially the islands in the left upper corner are clear in most people's memory )
I wanted to experiment with what would be left of the map if you could only see where lines are crossing. If multiple lines cross in one space, it means that part of the country is remembered by a lot of people – the IJsselmeer, a pretty big lake, is often tragically forgotten.

I looked at the places where two lines are crossing and put a black circle on that spot. Where more than two lines cross, I placed a red circle. 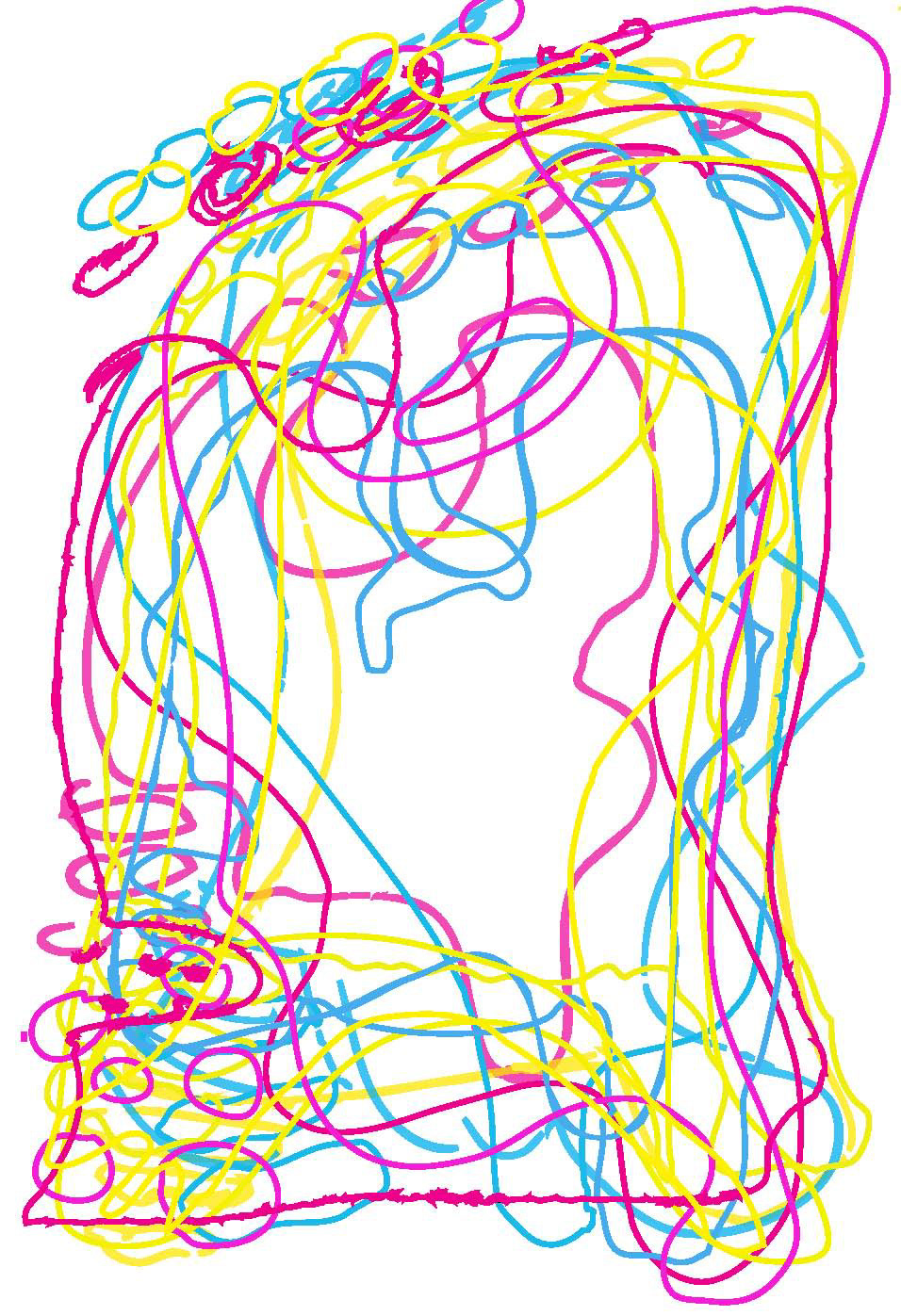 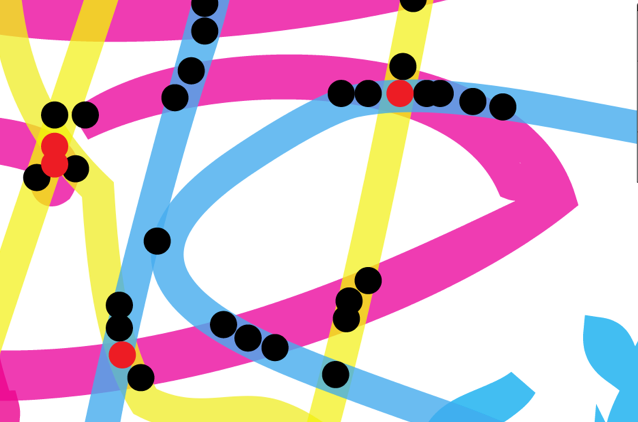 The result is that even without the coloured lines, you can see where they cross and still see the shape of the county. When you place the map of dots over a black background you only see the red circles, which are where the multiple lines cross. This way you get the best image people have from the Netherlands, because the red dots show the parts most people remembered. 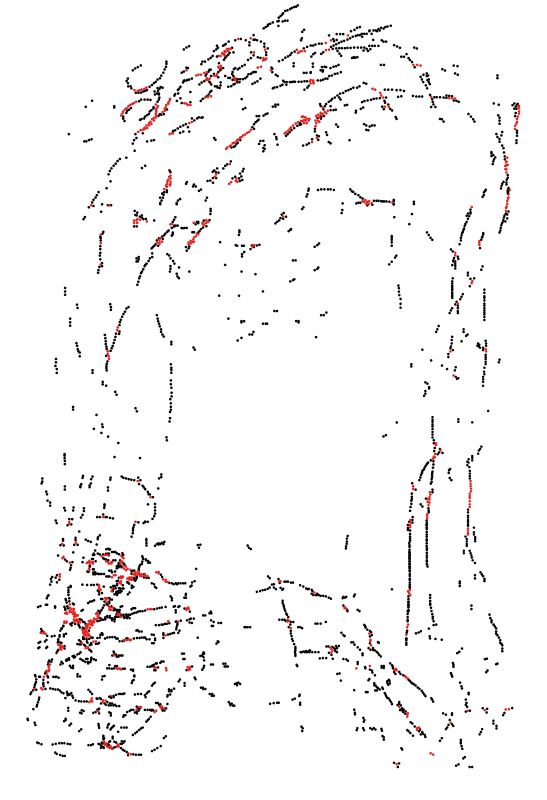 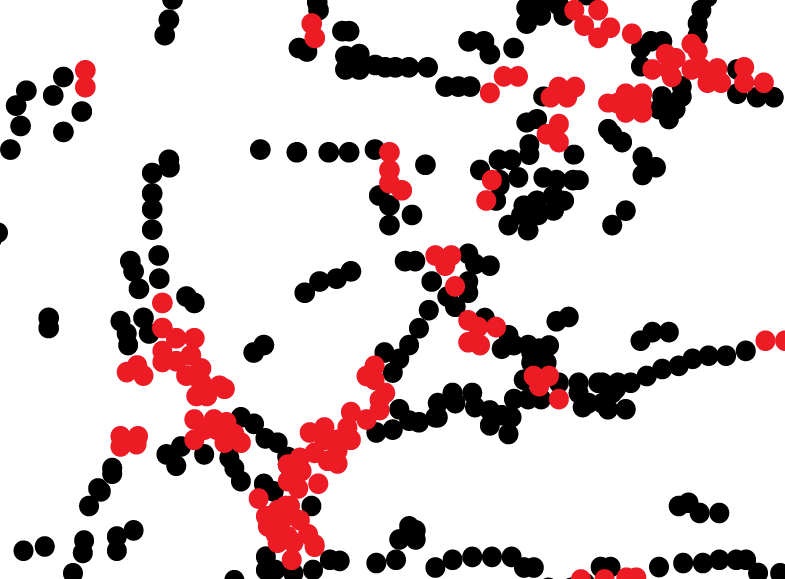 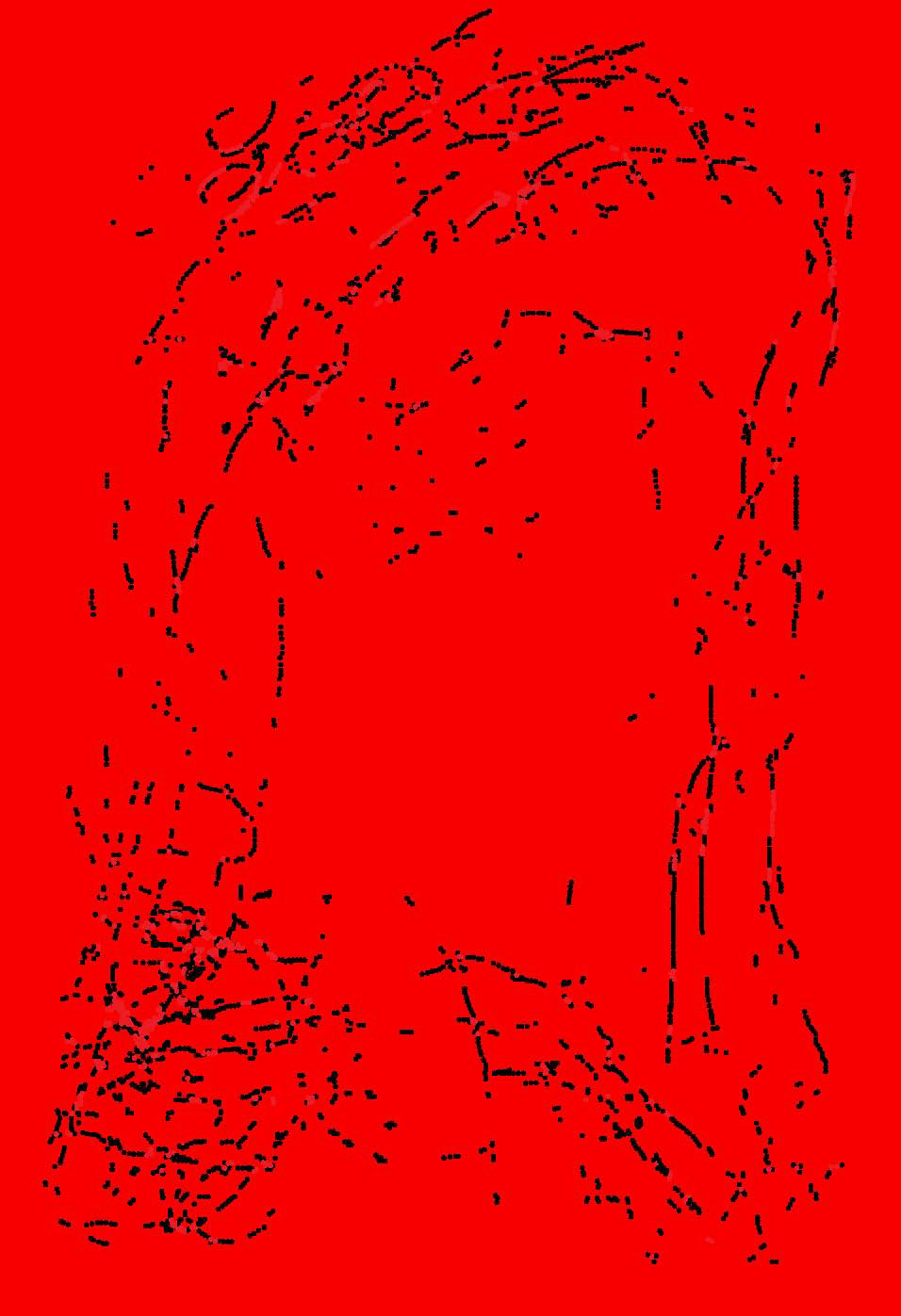 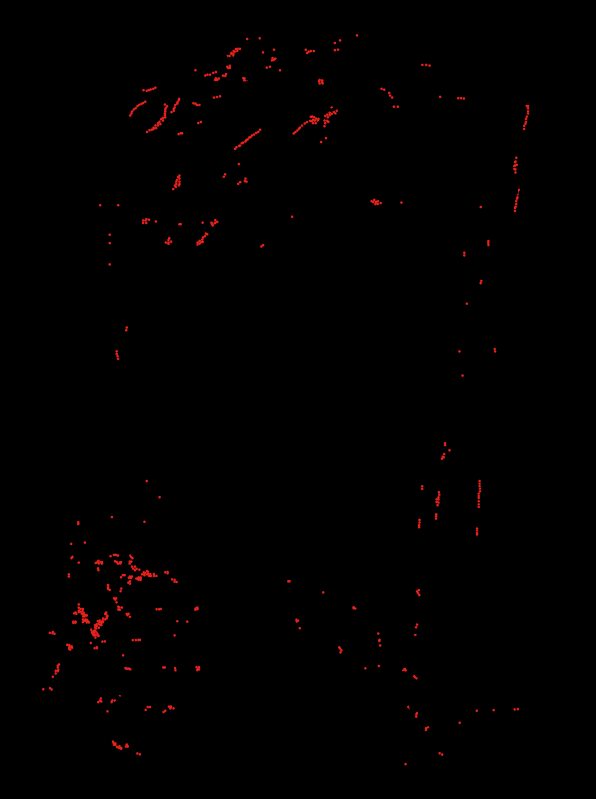